Attention Emerging Business Leaders!
How to make Meaningful Progress
with a Goal, Project, or Task
in as little as 14 Days...
(even if you don’t know all the steps to complete it right now!)
Join the Move-the-Needle Challenge Get Instant Access When You Get Started Today
Do You Want To Accomplish Something Important
And Need A Quick Start And
Repeatable Process To Sustain Momentum?
Who is this for? 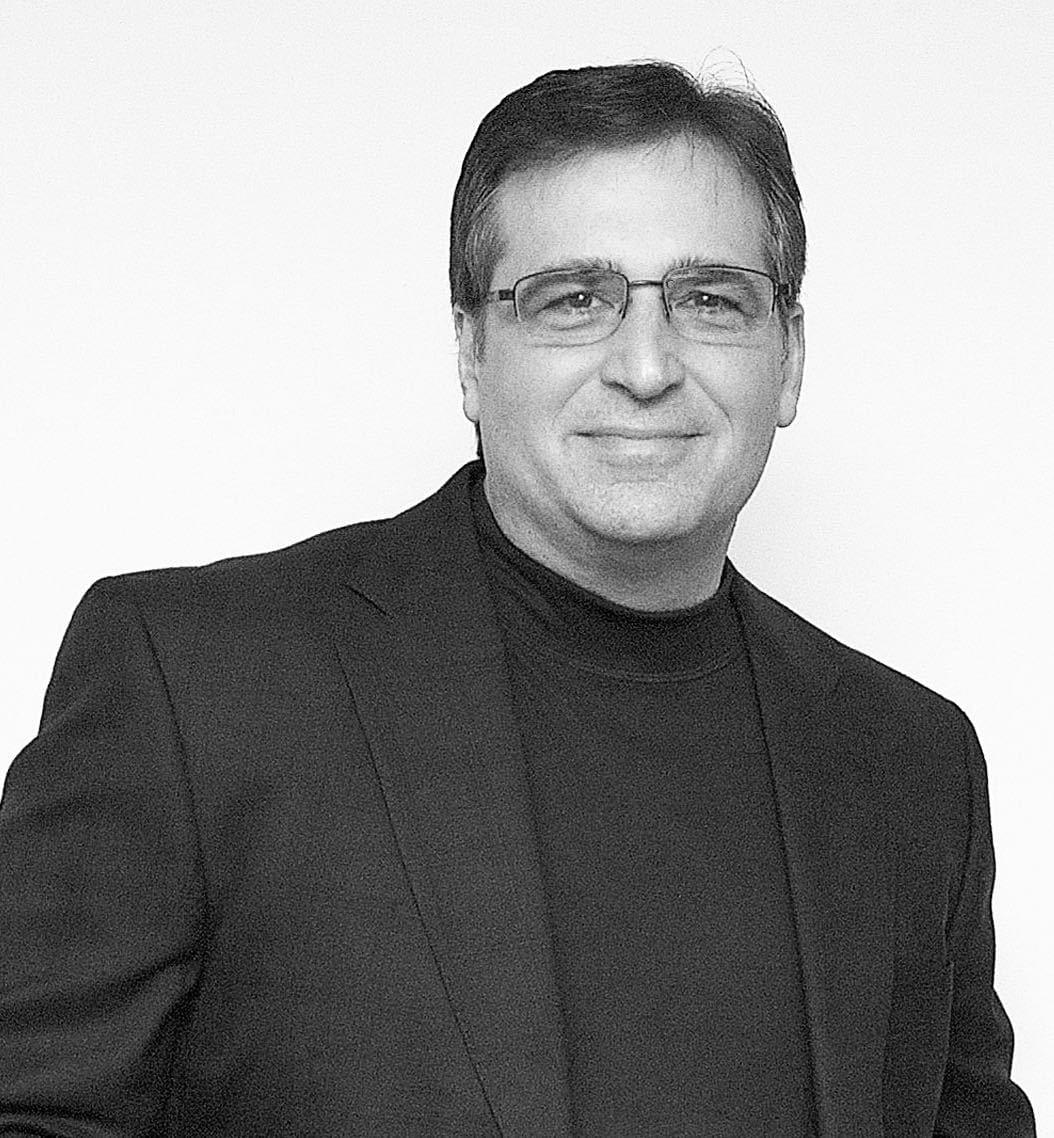 Hi, I’m Jim Riviello and I am the founder of Leadership X University and author of “There Must Be A Better Way” and “Rivelations for Business Professionals.” As a team development coach, I help companies (across all industries) and thousands of business leaders. Move-the-Needle accelerates results by breaking down their leadership challenges into smaller, more manageable components.
Today, I am offering some amazing tools and training that only my high-end clients have seen.

I am on a personal mission to
positively touch a 1M+ people in a
meaningful way before my time on earth school is over.

Passion, purpose, and meaning. Everyone searches for it. This is mine.
I am going to tell you the TRUTH about accelerating progress on something important—whether that’s a personal goal, big project, or critical task you have been assigned!
Many people I know are great starters but horrible finishers.
They are quick to rally around a new initiative, goal, or project. They love starting new things.
In business, there is no shortage of things to start.
We’ve all been there. We set a goal, make some initial progress, then lose momentum.
Sometimes it’s because we weren’t clear on the steps to the goal. Other times, we become easily distracted by the daily interruptions of life.
Most of the time, the biggest reason people never make meaningful progress is because they lack a passionate belief that what they want to achieve is even possible.
Desire is not enough.
You must BELIEVE that what you are doing is possible.
Because if you don't believe something is even possible, you'll never do anything, and when you fail to take action, what results do you think you are going to get?
Have you heard the Roger Bannister story? This is an amazing story about one of the most incredible athletes in history.
Roger Bannister was the first man to run a mile in under four minutes. Up until he did it in 1954, most people thought the four minute mark was impossible to break. They thought the human body couldn’t physically go that fast – that it would collapse under the pressure. You were crazy to even try.
Bannister was different. He believed it was possible to run a mile in under four minutes and set out to prove all the experts wrong. He kept improving and tweaking his training until eventually he realized his dream. That day came on May 6th, 1954. Roger Bannister made history by running a mile in 3 minutes 59.4 seconds.
He broke the world record. He had done what many believed was impossible.
Since that day, more than 20,000 athletes have run a mile in under four minutes!
Suddenly everyone was able to do it – proving an important lesson: everything becomes possible once you stop believing it’s impossible.
Something magical happens with belief. Your belief.
The moment you believe something is possible, you become more willing to take action.
Action changes things
Action, of any sort, produces a result.
It doesn’t matter if a step worked or not, what matters is that you took it.
When you reflect on what worked, what didn’t, and why, you gain valuable insights. Insights provide education. That education fuels an even greater belief in the possibility of success, which inspires even more action. The more action you take, the more results you gain.
This cycle is how successful people sustain momentum.
In business, too many emerging leaders struggle with self-doubt.
They have a false belief that momentum, discipline, and focus are really hard and takes years to master; if they slow down long enough to think about.
Self-limiting beliefs mean accepting the status quo, remaining frustrated and overwhelmed, and never experiencing the personal joy of knowing you can achieve anything you desire.
I know what it’s like to have something important to accomplish (while balancing 1000 other things vying for attention). I know what it’s like to feel overwhelmed and frustrated that things are just not advancing the way I want or as fast as I want. I wrote about this journey in my first book, There Must Be a Better Way.
I used to beat myself up pretty well about the pace at which things progressed.
Business AND personal—we all struggle with this!
For me, the big problem was that I would quickly lose interest, get distracted, or become discouraged because I didn't have all the answers.
It became worse when I started wondering what was wrong with me for not being able to figure things out. Was I not as smart as I thought I was? This feeling compounded itself as I began to feel like I was letting others down because I couldn't figure out how to get out of my own way.
I believed
there was a better way... 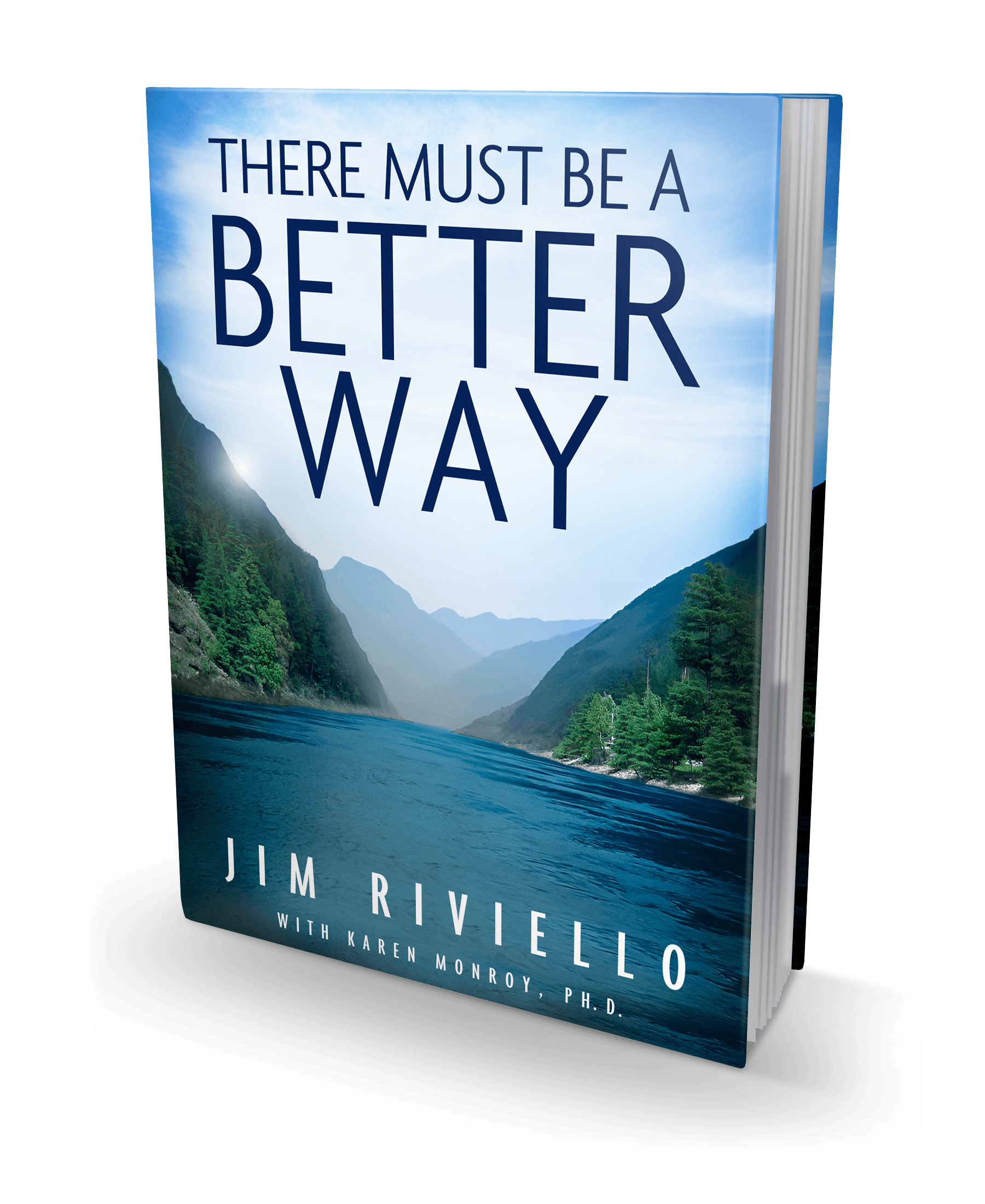 So, I became a serious student. I researched, studied, and sought help to find a better way.
One constant kept emerging: Business and life are a game of progress, not perfection.
I started working with a coach.
I shifted my mindset away from the end result (of what I was trying to accomplish) and began to put all my attention, energy, and focus on the “next step” forward. The moment I did that, things began to change—I began to change!
I realized there was a balance between getting from where I was to where I wanted to be, and that balance was to just

The ability to identify and focus on the smaller, more manageable components became my golden ticket for breaking the logjam of indecision.

I adopted this approach in everything I did.
I then started to document how to break complex topics down into smaller, more manageable components to quickly make progress. Why? I discovered that progress made me happy. It fueled momentum, which in turn enabled me to accelerate results.
Through hard work and being in student mode, a successful repeatable model was emerging.
I started teaching this method to a handful of my close business associates. They were procrastinating and over-analyzing everything. Using the Move-the-Needle approach, they quickly released the pressure valve of being overwhelmed. It was extremely cool to witness their progress and the change they were experiencing. 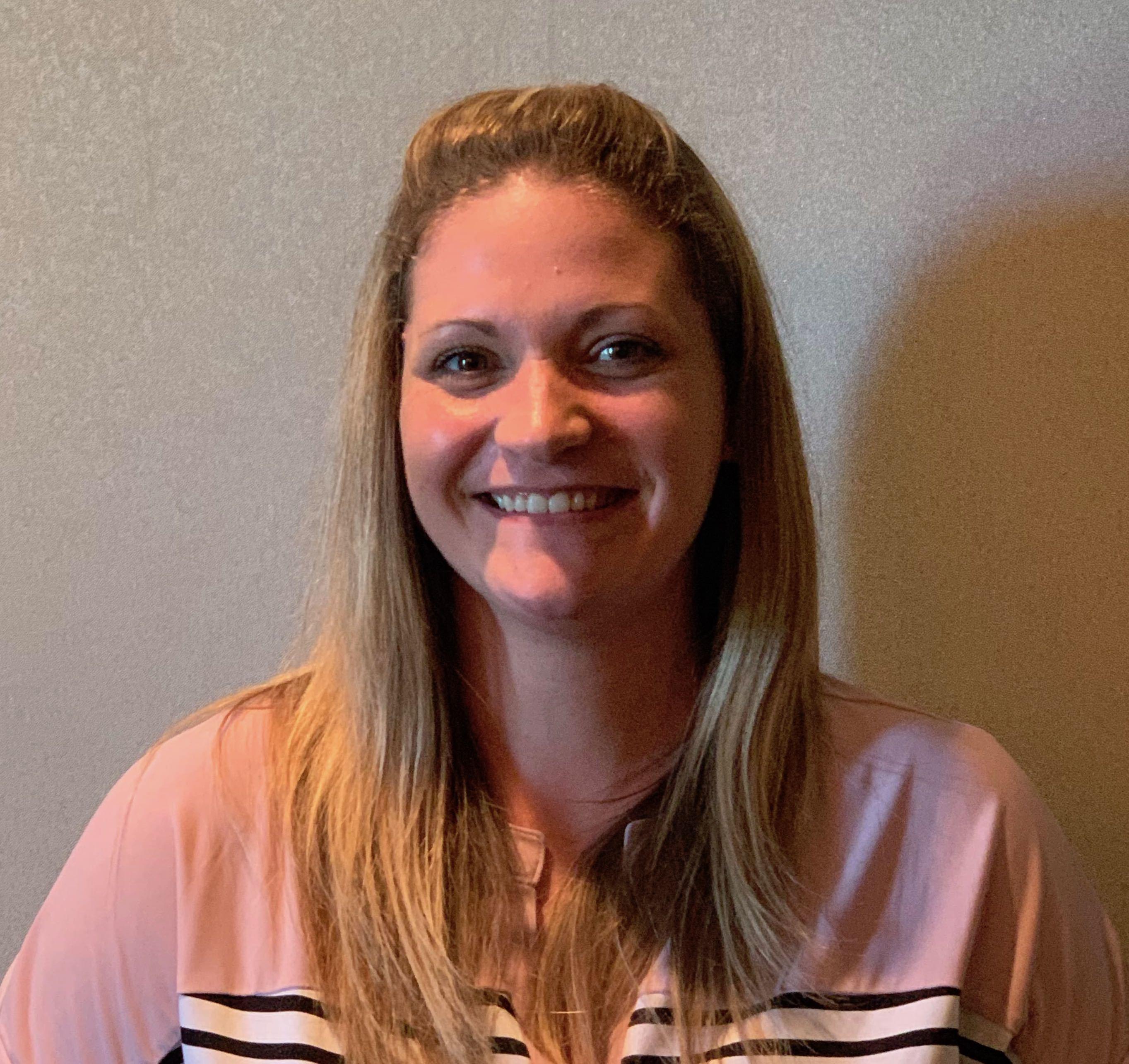 "The Move-the-Needle approach
helps me get stuff done. Instead of stressing over everything, I feel better about the progress I'm making." 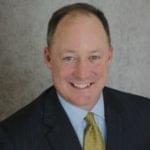 “Highly recommended to anyone interested in learning how to get focused and achieve great results out of your business or life.” 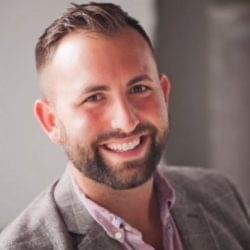 "It’s easy to get distracted and pulled in a million different directions. MTN gives me an opportunity to stop and focus on my priorities."
I then taught this method to my best coaching clients and they got amazing results too.
After that, I made the Move-the-Needle program available to all students who enrolled in my Self 2.0 Leadership Development Program.
Since then, I have been able to help companies and business leaders move-the-needle and accelerate results by breaking down their leadership challenges into smaller, more manageable components.
Here’s the bottom line: After following the Move-the-Needle process, they gained the confidence needed to break the logjam of indecision and accelerate results.
Building on that success, we decided to create a 14-day challenge that taught everything we learned about the process of moving important goals, projects, and tasks forward so it would become easier for others to expedite results. We call it the

I want you to have access to this 14-day challenge.

I want to personally help you move-the-needle on something that is important to YOU!
I want to invite you to accept the “Move-the-Needle Challenge” and I want to make it a financial no-brainer for you not to.
Why? As mentioned earlier,
I am on a personal crusade to
positively touch a 1M+ people in a
meaningful way.
And, I want YOU to be part of that million.
Like Roger Bannister, I believe if you join the Move-the-Needle challenge, you will get results and discover how repeatable the process is.

I'm so excited to share this system with you because I want you to:
So, here's what I've got for you today…
If you're an emerging leader who wants to accomplish something important and need a quick start and repeatable process to sustain momentum, I want to encourage you to accept the ...

The 14-day “Move-the-Needle Challenge" Will Help You:
... and much, MUCH more!
And best of all ... you'll start seeing results in 14-days and it costs less than a fancy dinner and a night on the town.
If you want to accelerate progress, understand this:
Sign-up is quick and easy Get Instant Access When You Get Started Today
Join The Move-the-Needle Challenge Today!
I've made it EASY to invest in yourself. Why?
Here's Exactly What You Get
Step I: Two Weeks Daily Coaching and Training ($997 Value)
Every day, for 14 consecutive days, I will release a new training video and support material that will guide you on what to do next. Together, we will turn an abstract plan into consumable actions that can easily be executed upon so you gain the clarity and confidence you always wanted and deserve. I will help you jumpstart results with daily training, coaching and accountability. 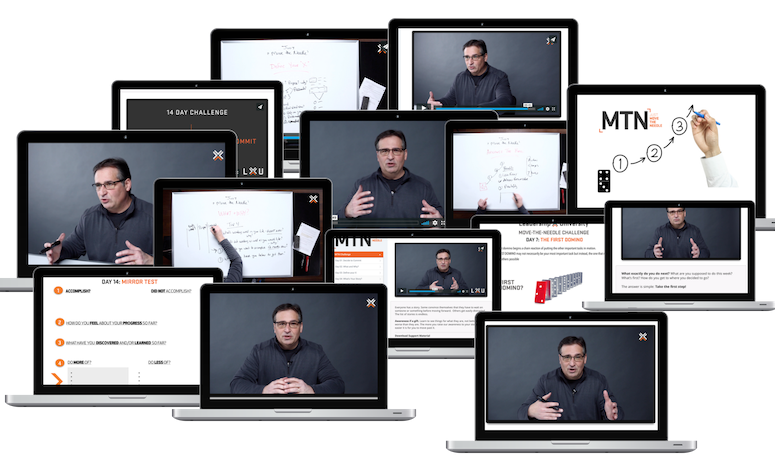 Step II: Move-the-Needle Blueprints ($279 Value)
At the end of the 14-day challenge, I will release the repeatable process guide and support video that contains three "rinse and repeat" blueprints for developing a plan, jumpstarting results, and sustaining momentum. Leverage these blueprints as a consistent framework for accelerating progress on any important goal, project, or task. 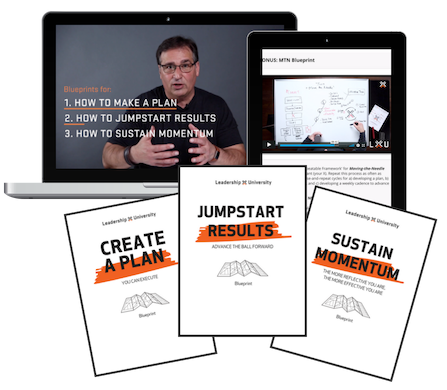 Step III: Move-the-Needle Online Program ($187 Value)
At the end of the 14-day challenge, I will also release a six lesson training course to help you gain clarity, focus, and discipline to move the needle on something important. This program focuses on the small, daily decisions you consistently make that either move you closer to the results you want or take you further away, making it harder to find your way. 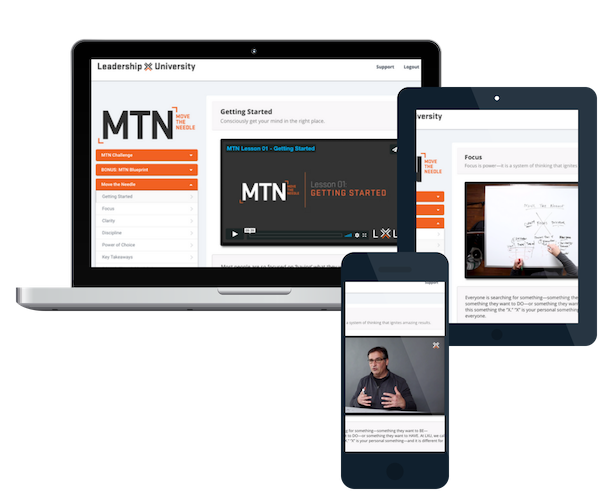 Get a Special Bonus

when you join with a co-worker or friend
Bonus: Live Coaching Call ($300 Value)
Don’t go it alone. When you sign-up with a co-worker or friend, the two of you will get a live coaching call to work through your unique challenges and super-charge progress. Ask personal questions and get customized guidance so you can confidently take the next step and break the logjam of indecision, over-thinking, and procrastination. 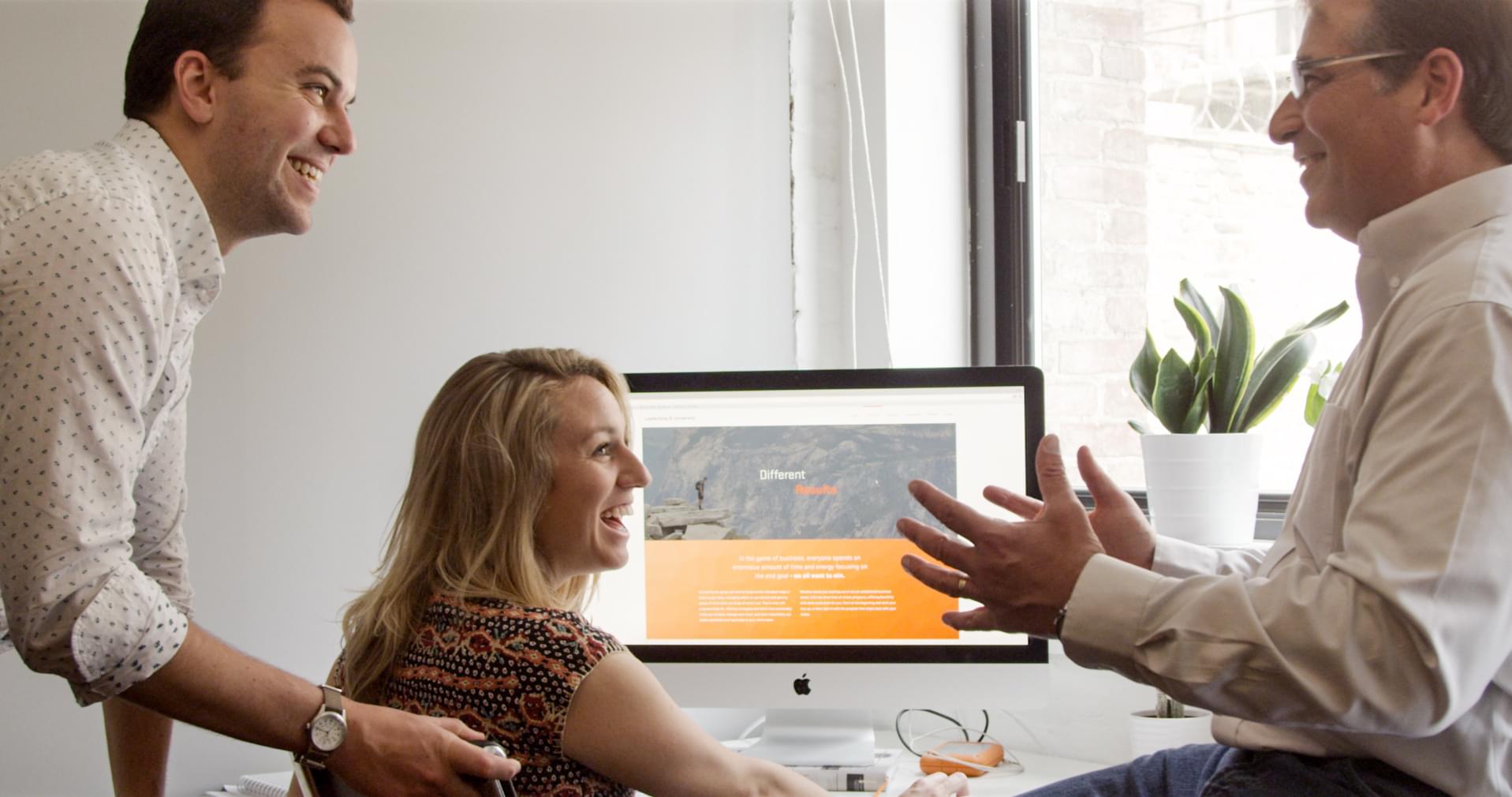 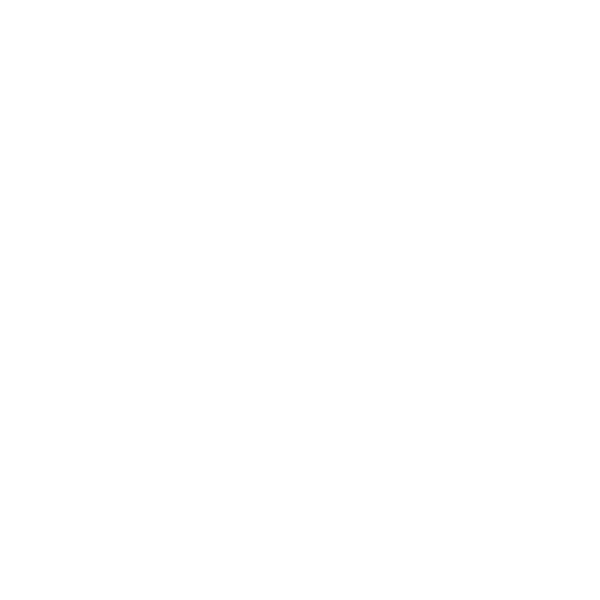 I guarantee:
You have my guarantee—
Do the work I outline each day in the
14-day “Move-the-Needle Challenge" and
if you don’t get meaningful results
send me your worksheets and ask for your money back!
No questions. I’ll refund your money.
I look forward to working with you and hearing how
Move-the-Needle made a difference to you.

Here's everything you get today